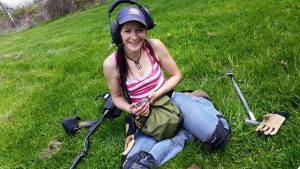 The Civil War Preservation Project of Ohio (CWPPO) was founded by Sam Waters with the goal of locating evidence of the battles fought and areas traveled through during the American Civil War between General John Hunt Morgan’s Confederate cavalry troops and elements of Union Army and Ohio militia troops. Union forces pursued Morgan and his men for more than forty days before his surrender in northeastern Ohio. History documents where the general area of fighting and travels took place, but due to the fluidity of horse mounted combatants, history books lack a full story, having gaps of missing information. The ultimate goal of this project is to locate materials related to this military engagement (i.e., lead bullets, military uniform buttons, and other accouterments) that will allow for GPS mapping of the recovery locations and create a “flow of battle/travel” map.

The recovered historical materials will be donated to local museums, through the Historical Society of the county in which they are found, for incorporation into a display that will educate visitors about this little known Civil War event. Because very little has been recorded about some of these events, it is Sam’s goal, along with her trusted crew, to unearth history to write a larger story for this important event in Ohio history. This evidence could benefit the historical societies greatly by providing the proof they need to get grants to place more battle site markers in these locations, it will also benefit the counties as well as the state of Ohio to generate tourism among Civil War and history enthusiasts. 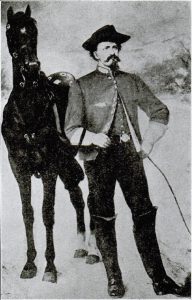 Permission is obtained from property owners of tracts of rural farm and woodlands where these events took place. Attempts to locate the resting places of Civil War artifacts are made using several teams of “metal detectorists” (to locate battle related materials), Civil War Experts (to identify and preserve relics), and “documentation assistants” (to catalog recoveries and obtain GPS coordinates for period artifacts). These artifacts help to confirm historical narratives and identify the scope of the fighting or troop movements, by determining areas where concentrations of fired and dropped lead ammunition are found. Also, Union and Confederate uniform buttons, camp gear, and equine equipment may remain in the ground, where soldiers dropped items, as they fought, marched, or fled.

Modern metal detecting equipment will be utilized to help locate these long lost pieces of Ohio and Civil War history.

Sam and the CWPPO continues to work on further planning and logistical details for this most worthy Ohio historical project. Many knowledgeable individuals who have lengthy backgrounds in historical site locating/identification, surveying, excavation/recovery, preservation, and site informational interpretation/presentation support this project.

Sponsor support is critical to aid in covering costs for the CWPPO team, as well as funding future recoveries pertaining to the Civil War in Ohio.